Most Important Events in Ghana's History

Ghana, a country in West Africa has come a long way with a very rich history, starting from the post-colonial era to the post-colonial, the country has gone through through transitions and has accumulated experiences that has formed the Ghana that we all know today. Thanks to the great men that contributed their quota in different spheres of life to see that the country achieved her dream. Unfortunately many just know about Ghana as a great nation, but they are not aware of the challenges they passed through on their journey to greatness. Hence we have decided to help out by bringing to you in summary the most important events in the history of Ghana. 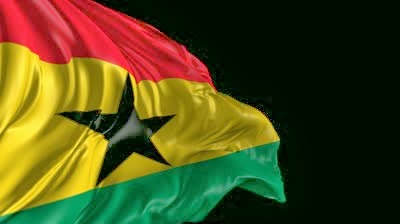 The following are the early and pre-colonial history of Ghana
ca. 10,000 B.C. Earliest recorded probable human habitation within modern Ghana at site on Oti River.

ca. A.D. 1200 Guan started their movement down Volta Basin from Gonja to the Gulf of Guinea.

ca. 1298 Akan kingdom of Bono (Brong) was founded. Other states had arisen or were beginning to rise about this time.

1500-1807 Era of wars and slave raid and of intense state formation in Gold Coast.


1817 - 1821: Two ambassadors were sent to Kumasi to negotiate peace with King Osei Bonsu. This failed.

1823 - 1824: In Asante Denkyira war, Sir Charles Macarthy together with his Fante allies supported the Denkyiras. Sir Charles Marcathy was killed in the war.

1888: Nana Agyeman Prempeh I ascended the throne of the Asante Kingdom.

1925: Constitution of 1925 calls for six chiefs to be elected to Legislative Council. Guggisburg Constitution


1960 Plebiscite creates a republic on July 1, with Nkrumah as president.

1966: Feb 24 - While Nkrumah is in China, themilitary organised a  coup. , led by General Joseph Ankrah of the , National Liberation Council(NLC) comes to power.
April 1969: General Ankrah is replaced by Brigadier Akwasi Afrifa , a new constitution is introduced and the ban on party politics is lifted the following month.

1975: The NRC is replaced by the Supreme Military Council (SMC) also led by Acheampong.

1978: A referendum is held in favour of union government.