Indeed One of the most fascinating thing about the Ghanaian culture is embedded in the colorful traditional festivals that are organised annually in all parts of the country. From the information provided by Buzzghana.com: Ghana's leading information website, festivals in Ghana occur throughout the whole year and are used as areminder to their ancestors  to be protected and favoured by them,  also  to purify the area and allow its people to go into the new year with hope. These Festivals in Ghana are celebrated by different tribes and towns in various parts of the country in remembrance of a past event or in recognition of some key personalities. Festivals in Ghana are celebrated for  different reason, and these reason can be seen in the way and manner they are been celebrated, and the date its been celebrated. These festival can be grouped into 4 categories, namely : farming season festivals, festival for remebering the gods and ancestors, Communal Spirit and Religious festival. Now as we begin to name them, you can easily identify where each of them belongs. 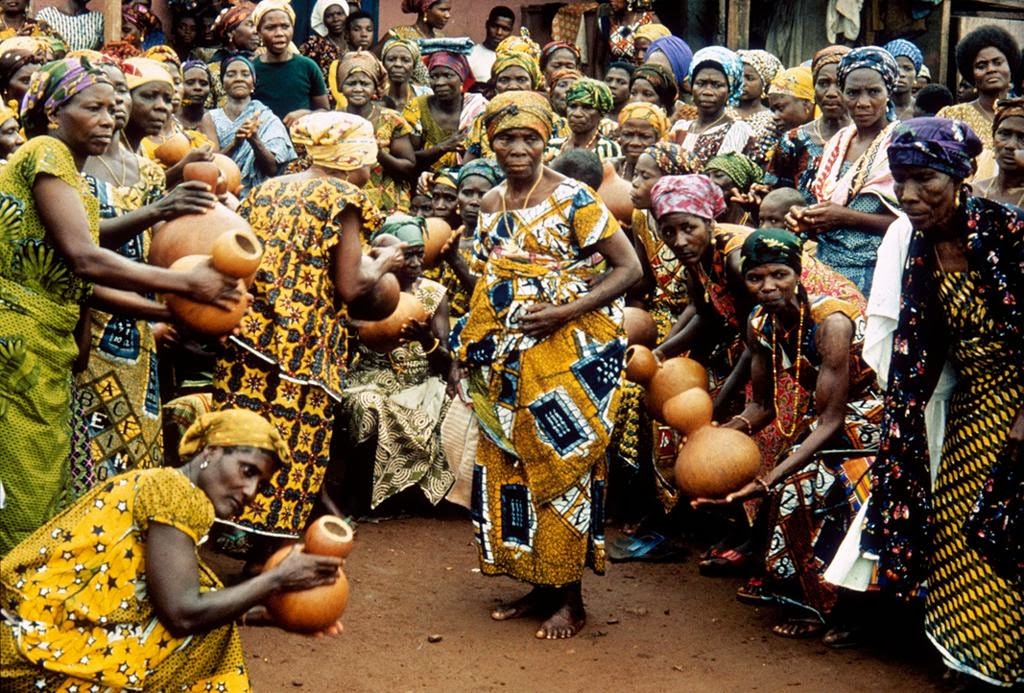 Mostly celebrated by the people of  Akropong, Aburi, Amanokrom, Mamfe North of Accra. A period of remembrance and thanksgiving to the gods for their mercies and a renewal of family and social ties. It marks the belief in life after death, hence the unceasing pouring of chiefs in real pomp and pageantry with the chiefs and queen-mothers riding in palanquins, shaded by traditional umbrellas and supported by warriors.

Mostly  celebrated in the Western Regions by the chiefs and people of Sekondi coastal tribes, the Ashantas and Nzemas between July and November. It moves west from Takoradi to town after town at weekly intervals. It is celebrated to remember their ancestors and ask for their help and protection. It is also used to purify the whole state, and celebrates the goddess of the fertility for providing a bumper harvest. It may be regarded as a harvest festival, as well as a period for remembering the dead, cleansing the community and setting new goals for the coming year. 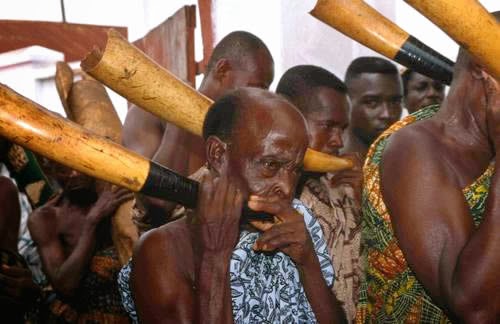 Celebrated by the people of Mepe/Volta Region about 74km North-East of Accra. This festival is celebrated annually by the people to take stock of their lives, strengthen family and friendship bonds and pay homage to their ancestors through pouring of libation and funeral obsequies. It's also the period during which the people take stock of their lives and plan for the future; when young men meet their future spouses and pay homage to their ancestors through libations and funeral obsequies; and undertake development  project

Celebrated on the first Thursday of the New Year by the people of Elmina. This is essentially the Ghanaian version of Christmas, established during the time of the Dutch colonialists. As well as a fish-catching ritual, there is also a great deal of drumming and dancing throughout this event

Also referred to as the Festival of the Asante. Celebrated every 40th day (once every 6 weeks). Especially magnificent when it falls on a Sunday (Akwasidae) when the King, riding in a palanquin and adorned with all his gold ornaments comes out to receive the homage of his sub-chiefs and people. It is a colour procession with coloured canopies and umbrellas, drummers, dancers, horn-blowers and praise singers. The biggest festival of the year is the 9th festival, known as the Adaekese. During the festivals the Kings of Asante worship their ancestral stools and skeletons of the past Kings preserved at the Bantama mausoleum. Kumasi, 168 miles north of Accra

Celebrated by the Sandema, Upper East Region, 839 km north of Accra during the December period. The annual FIOK festival is celebrated by the Builsas of Sandema. This is a War festival which re-enacts the ancient heroic exploits of the Builsas. Amidst drumming and dancing, the gods are invoked for protection and for a bountiful harvest.

The Apoo Festival is celebrated by the chiefs and people of Techiman, Nkroranza and Wenchi traditional areas. It was initially celebrated in the month of March but now it has extended into the month of April. The festival is said to have originated from Bonso-Manso the capital of a once upon a time kingdom, Bono Kingdom. “Apoo” is an Akan word which literally means rejection. So the implication of having such a festival is for the rejection of all forms undesirable happenings including diseases, poverty, calamities and all other illness.

A puberty festival to initiate young girls into womanhood with a parade in attire close to nudity. Held in Krobo land, 50 miles east of Accra.April.

An annual festival celebrated by the people and chiefs of Cape Coast Traditional Area in the Central Region of Ghana. Once upon a time there had been a plague in Cape Coast as history has it. It was cat.astrophic hence demanded the intervention from their gods. However, it is believed that the inhabitants of Cape Coast and its environs were able to eliminate this plague with the help of their gods, hence, the name “Fetu” originally known as “Efin Tu”-doing away with dirt. It is also observed to commemorate a pumper harvest from the sea as well as performing rituals to thank the seventy seven (77) gods of Oguaa Traditional Area

Adae Kesie festival is also called the Big Adae festival, an ancestral celebration of the chiefs and people of Asante in the Ashanti region of Ghana. Adae is an Asante’s word which means a sleeping place. Generally, among the Asante’s, Sunday is a day set aside by the traditional chiefs and peoples of Asante nationwide of Ghana to invoke their dead ancestral spirits who they look upon for guidance and protection. It is celebrated in the month of December by the Ashanti Kingdom, Akwasidae (Adaeketawa) is observed nine times in a year on a forty day interval period.